Stratford’s $1.5 million new St John hub was officially opened in a ceremony on Saturday. In front of many VIPs, including Knights of the Order of St John, the building was formally opened by Alan Jamieson, chairman of the Taranaki Electricity Trust (TET), cutting a ribbon. Alan spoke at the opening on behalf of the Taranaki Electricity Trust, which had donated $600,000 to the project. “It was the trustworthiness of St John, its values and mission to ‘Step Forward’, that made it an easy yes when St John first approached the Taranaki Electricity Trust for funding for this facility.” Former St John Stratford chairman Peter McDonald made a convincing case in highlighting the need for new and improved facilities in the town, Alan said. “We are proud to have committed $600,000 to see this project completed. This facility will now house the ambulances as well as provide modern facilities for training, administration and for rest after hard mahi. It is only right that the people who look after you and me are also looked after.” As well as funding from the TET, the building project also received funding or support from Toi Foundation (formerly the TSB Community Trust), Todd Energy, the Lloyd Morgan Charitable Trust, Toko and Districts Lions Club, Stratford Lions Club, Eltham Lions Club, Kaponga Lions Club, Golden Oaks Charitable Trust and Stratford District Council. In addition, says Peter, there have been many years of hard work and tireless fundraising by the St John committee. The new building features garaging for four ambulances, meeting rooms, offices, and sleep and rest areas for staff. The building was dedicated and blessed by St John chaplain Reverend Pat Scaife, Shay King and koro Sandy Parata. A waiata was sung by Bryony Williams, who said it was an honour to be invited to be part of the day. 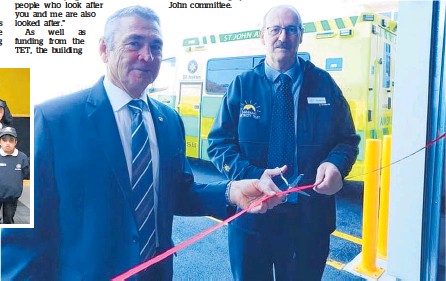 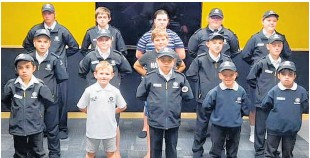