Alocal promoter is bringing live music to halls at the heart of Hawke’s Bay communities, with an aim to create community events which will revitalise the halls. Jamie Macphail has been promoting live music in the Bay for the past eight years through the Sitting Room Sessions — a concept which brings artists to Hawke’s Bay for sit-down style shows. His latest brainchild, Small Hall Sessions, will do the same thing, bringing New Zealand, and hopefully in future international artists, to perform at the community halls across Hawke’s Bay. The idea came to Macphail during lockdown last year when he wanted to use what he was already doing for a greater, community purpose. Community halls are “amazing little buildings” which have had an important place in small communities throughout their history, and would be used often, he says. Macphail was brought up in Central Hawke’s Bay and says Pukehou Hall played “a major part” in his upbringing. While some of the halls have activities such as playgroup or community classes, Macphail said after talking to the people who book the halls, very few have had live music there in recent times. Macphail has hosted the Sitting Room Sessions at Haumoana Hall and said he often receives feedback that the community enjoyed being able to walk to their local hall for a show. “It’s about having stuff that brings an often relatively isolated community together. “Schools and sports clubs do a great job of that but this is something different, where people that might not have kids at the schools have a reason to be gathering with neighbours that they might not otherwise be seeing very often.” He hopes the local communities will also get involved in events at their halls with local school or EIT musicians performing, locals speaking before shows and holding charity meals before. A pilot of three five-night tours is about to launch, and based on how they go, Macphail hopes to bring 20 artists a year to Hawke’s Bay for the Small Hall Sessions. Artists Delaney Davidson & Barry Saunders, Reb Fountain and Darren Watson will be the first to perform at various community halls around the Bay. These artists are “all colourful, interesting characters” who have achieved awards in their musical fields. Exact locations and dates are yet to be confirmed but the smallhallsessions.co.nz website will go live Wednesday, with information and tickets available. Community members who want to get involved can contact Macphail at info@smallhallsessions.co.nz. The venture has support from Hastings District Council through the Creative Communities Scheme, EIT Ideas School, Te Awanga Estate and Brave Brewing. 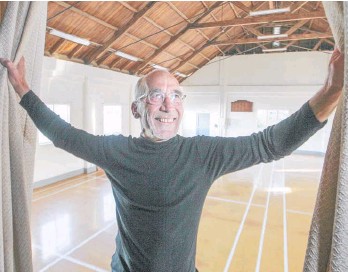