It is seldom that the Dannevirke Town Hall is full of patrons but on Sunday, April 25 at 3pm it was just about standing room only. It was the annual Anzac concert organised by the Dannevirke Community Board and despite a request for a gold coin entry, takings at the door swelled to $746 with many donating substantial sums. Featuring in the concert was a very wide range of local artists and groups all of whom entertained the crowd to the highest level — the comments as they left being: “marvellous”, “what great local talent”, “what a great afternoon” and most significantly “when can we do it again?” The Dannevirke Viking Choir began the afternoon with two lovely traditional songs, Fields of Athenry and Wild Mountain Thyme, followed by Erin Milham with a contemporary dance routine and Cindy O’Sullivan’s Dannevirke Singers who sang their youthful hearts out on favourites like A Million Dreams from The Greatest Showman. Two budding stars — tiny Destiny Scullin and Reuben Te Huki — riveted the audience with Lavenders Blue and Stay With Me respectively before a foursome of men — the Mane Men — playing guitars and a bodhran sang two Anzac songs, The Man From Vietnam and In Memoriam. Molly Pawson sang her beautiful and haunting version of John Lennon’s Imagine before Dubdance performed the vigorous Sundown. El’s Belles intimated the first half was about to end with Isa Lei and Now is the Hour before Max Te Huki performed the final item Waves ,a song reflecting the influence of his lockdown experience. Compere Josie Robertson opened the second half describing the famous Fun Doctors, who performed in concerts to boost morale during and after WWII, and then invited dancer Hannah Feck to show why she is the recipient of the Joan Irvine Scholarship for 2021. There followed a similar variety of song and dance to the first half, three wonderful solos from Cindy O’Sullivan singing Journey to the Past, Jordyn Walsh Can’t Help Falling In Love, Max Te Huki Like An Army, interspersing with Origin Studio dances, El’s Belles humour and the Omundsen Trio — Rex and daughters Hope and Ruth singing The Red Rose. A brief outline of local legend Ruru Karatiana’s contribution to music by Josie Robertson was a prelude to one of the highlights of the afternoon Molly Pawson singing his famous hit Blue Smoke. Ultimately this was an Anzac concert and fittingly the concert finished with the Pipers Lament by Harvey Sattrup, the Ode by Paddy Driver and the Last Post/Reveille by Steve Wallace reminding everyone that this time next year almost certainly there will be another concert. 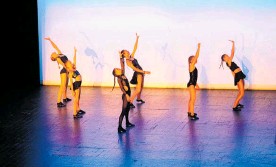 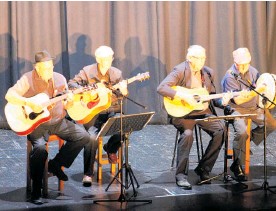 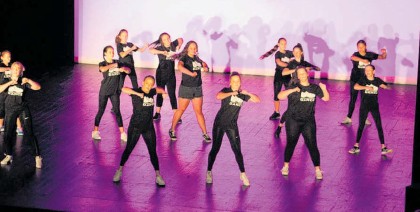